The State budget of the Republic of Cameroon for the year 2023, has been officially launched by the Minister of Finance, Louis Paul MOTAZE, at Best Western Palace, Douala. Promulgated on December 27, 2022, the budget which stands at FCFA 6 345.1 billion francs, has been operational since January 01,

According to Minister Louis Paul MOTAZE, its implementation will take place in a particular difficult context marked by the persistence on the economy of the negative effects of the Russian-Ukrainian crisis. The conflict which has caused a global economic shock that has affected all commodity importing countries in general and Cameroon in particular, at the time when it had limited budgetary margins to deal with it. The surge in oil and food prices has heightened concerns about food security. High food prices have penalized and are still penalizing in a disproportionate way the most vulnerable sections of the population, especially in urban areas, he added.
During the solemn launch were presentations on the innovations of the circular on the instructions relating to the implementation of the Budget 2023; Presentation on Tax Innovations; Presentation on Customs Innovations; Presentation of the platform for collecting general government revenue; Presentation of the Public Investment Budget (BIP) as well as Presentations in the field of public contracting. Also present during the solemn launch amongst others were the Governor of the Littoral region. 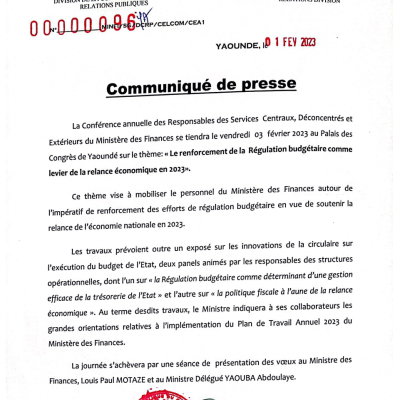 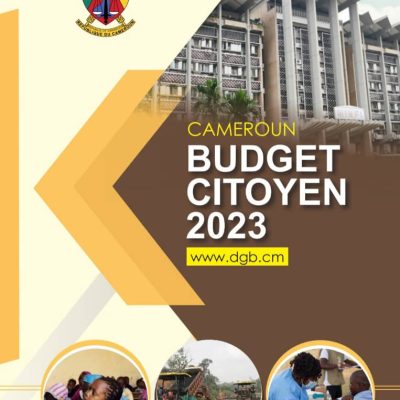 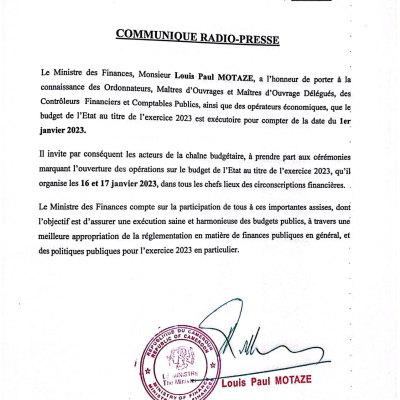